The project aims to experimentally develop an integrated and automated solution for screening drugs and genetic interventions for neurodegenerative diseases, using the nematode C. elegans and ageing-related data.

Ageing is the major risk factor for neurodegenerative diseases, including Alzheimer's and Parkinson's diseases. The graying of the population has been accompanied by a continual increase in the prevalence of neurodegeneration amongst the elderly and is now one of the greatest challenges that healthcare and research has to tackle. In this project, we propose to experimentally develop an integrated and automated solution for screening drugs and genetic interventions for neurodegenerative diseases, using the nematode C. elegans and ageing-related data. The system will include: 1) a network-based, integrative, and predictive bioinformatics method for short-listing genetic targets of interest, and 2) a low-cost, modular, automated video-recording platform for healthspan screening in worms. Additionally, we also propose the implementation of a gene activation system that would complement the existing genetic tools for investigating gene function and drug screening in worms, by creating a CRISPR-based overexpression system with the flexibility of RNA interference approaches. Lastly, we propose to validate the developed system by monitoring predicted interventions, both using the automated platform and by traditional lab methods.

The overall goal of the project is to build an automated system for phenotypic screening in nematodes which will be used to test predicted targets for neurodegenerative diseases. More specifically, the objectives are: 1) Predicting using a systems biology approach molecular targets relevant to ageing and neurodegeneration; 2) Building a low-cost, modular, video-monitoring system for nematodes, capable of simultaneously assaying lifespan and healthspan features for a large number of plates with worm cultures; 3) Expanding the current capacity of molecular interventions in worms with a method that allows the overexpression of specific targets, controlled through food-delivered dCAS9 CRISPR guides; and 4) Testing and validating the developed system by monitoring predicted interventions and comparing with traditional lab methods (manually culturing worms and observing their phenotype). 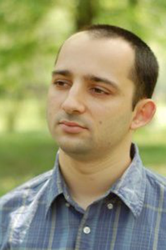 A thorough, analytical and curiosity-driven scientist, with a multidisciplinary background in biology and computer science, Robi received his BSc in computer science from the University Politehnica Bucharest, and his MSc in biochemistry and molecular biology from the University of Bucharest. He has a long-term commitment and interest in the field of biogerontology (since 2005) and received his PhD in 2013 from the Ben-Gurion University of the Negev, in the lab of Prof. Vadim Fraifeld. His thesis was on an ageing-related topic: studying the relationships between aging and age-related diseases with the use of bioinformatics and network biology approaches, and More... 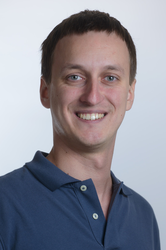 Dmitri is a bioinformatics researcher at the Institute of Biochemistry, focusing on curation for aging-related data, analysis of large screen datasets, dataset annotation and network-based analyses. He also holds a Ph.D. d More... 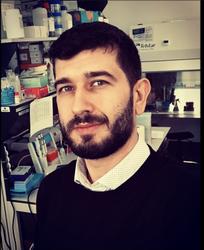 Ioan has a background in regenerative medicine, cell therapies, stem cell biology, diabetes and aging. He has worked in endocrine pancreatic cell differentiation, starting with his Ph.D. at the Nippon Dental University Gra More... 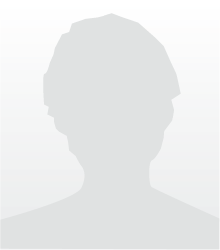 Summary of results obtained in 2020:

In 2020, we have prepared the data for the project and started the bioinformatics analysis to predict genes that will be genetically manipulated in C. elegans for neurodegenerative disorders. This has resulted in a preliminary list of genes that are involved in each of the studied pathologies and in a gene prioritization based on their importance in gene networks associated with these disorders. This activity will continue in the next phase (2021) as well.

Additionally, we have started work on the video monitoring prototype for nematodes, putting most of the effort into the development of the initial static rig. This has been followed up by several rounds of initial testing. For the multi-plates system, a technical design has been already carried out and an implementation plan formulated.

Lastly, we have started working on the overexpression method based on dCAS9 CRISPR for nematodes.

So far, all the activities in the project are according to the proposal's GANTT.

Summary of results obtained in 2021:

In 2021, several bioinformatics analyses have been carried out resulting in a set of molecular targets relevant for Alzheimer's and Parkinson's diseases. Part of these targets will be experimentally validated starting 2022.

Additionally, progress has been achieved in the automatization of lifespan and healthspan monitoring, with the static rig being fully functional and work at the 1 layer (and even multi-layer) monitoring system being underway.

A method of genetic overexpression in C. elegans has also been developed.

We would also like to mention that part of the bioinformatics results have been organized in a scientific paper, which is currently in press. In this article, a systematic analysis of small molecules involved in induced pluripotency has been done and the links of such molecules with aging and age-related pathological conditions (including neurodegenerative disorders) have been investigated.

Currently, all the activities in the project are on track and according to the proposal's initial GANTT.