The principal goal of this project is the development of a new class of small molecule inhibitors (SMIs) targeting TG2-FN interaction, which is currently in the phase of lead optimization, translatable to clinical use for prevention of ovarian cancer dissemination, either alone or in combinations.

Ovarian cancer (OC) is the leading cause of death among gynecological malignancies. Due to the insidious symptoms, it is diagnosed in late stages when the cancer cells have already disseminated. A major issue in the management of this disease is that OC tumors develops resistance to drugs used in front line treatment. Over the past decade, several studies have reported tissue transglutaminase (TG2) overexpression in cancer. Specifically, in OC, TG2 has been shown to promote all stages of tumor progression. TG2 was found to be highly expressed in ovarian cancer stem cells and linked to chemotherapy resistance. Our recent data suggest decreased tumor burden concurrently with increased infiltration, activation and effector functions of T cells, and loss of immunosuppressive signals in the tumor microenvironment resulting in development of an anti-tumorigenic phenotype in TG2 knock-out mice. The physiological roles of TG2 are regulated by cellular context and localization. At the plasma membrane, TG2 binds to the gelatin-binding domain of fibronectin (FN) with high affinity and this complex provides a binding site for beta 1 and beta 3 integrins thus increasing cells capacity to attach and migrate onto the metastatic niche. In this project we aim at developing new inhibitors targeting the TG2-FN interaction. We propose new drug development activities for testing second generation compounds with improved pharmacokinetics features and to assess TG2 inhibitors’ potential to be used as anti-metastatic drugs in combination with other chemo- and immune-therapeutic agents. 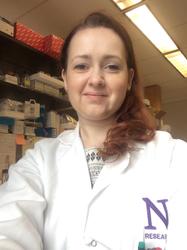 Livia Sima studied biochemistry at the University of Bucharest from where she obtained her bachelor degree in 2003. After graduation she started working at the Institute of Biochemistry where she was accepted to participate in a summer internship programme. Immediately thereafter she joined Stefana Petrescu’s group. She was trained in protein folding using tyrosinase as a model protein. In parallel, she continued her master studies in Biochemistry and Molecular Biology at the University of Bucharest. During her PhD training under Dr. Petrescu’s supervision, Livia worked on two main directions: 1) molecular characterisation of melanoma cell lines expressing t More... 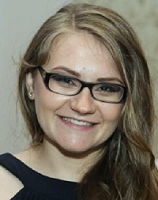 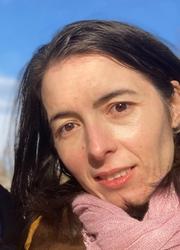 Gabriela Chiritoiu graduated from Faculty of Chemistry, University of Bucharest (2004-2008). She received her Ph.D. in Biology from the Institute of Biochemistry of the Romanian Academy in 2016, under the supervision of dr More...

The specific objectives of our drug development project are: O1: validation of a newly obtained series of MT-4 derivatives using dedicated in vitro assays O2: generation of new drug combinations in which the selected TG2-FN SMIs can act as sensitizers O3: testing new therapeutic combinations in which the selected TG2-FN SMIs are applied together with immune checkpoint inhibitors Our innovative approach is to use microfluidic devices and to upgrade the imaging capacity of our spinning disk microscope in order to allow real-time imaging of the events during OC cells therapeutic targeting within a biomimetic set-up replicating the 3D microenvironments to study in vivo-like cell contexts.

Our drug development strategy will identify the most effective MT-4 derivative compound and generate a proposed in vitro effective dosage and potential combinations of this new TG2-FN SMI for further pre-clinical testing. The proposed analytical and experimental activities to validate the best derivative compound proving increased solubility and metastatic niche adhesion-blocking activity will increase the technology readiness level from TRL3 level to TRL4. The succes of this PED project would significantly contribute to the development of alternative therapeutic strategies for metastatic ovarian cancer (OC) and to evaluate their benefit using advanced in vitro human models of OC. The developed microfluidic platform will be amenable in the future to investigations on tumor-derived patient microtissues/cells.

Until the end of 2021, we have reached our first objective, O1: validation of a newly obtained series of MT-4 derivatives using dedicated in vitro assays.

Using mollecular and cell biology techniques as well as dedicated solid phase assays, we have tested the functionality of MT-4-derived small molecule inhibitors. Our results led to a selection of 3 different compounts to enter the next phase of tests, out of which one had the property of blocking ovarian cancer (OC) cell spheroid formation and the other two showed promissing potential in inhibiting OC cell proliferation or migration.

Also, we have established proteomic analysis protocols for detection of phosphoproteins using SILAC labeled cells and for analysis of secreted proteins by cancer cells in co-cultures.

During the first two phases of the project, the spinning-disk microscope was upgraded for live cell imaging using time lapse aproaches: http://www.biochim.ro/facility-11/ .

In collaboration with our partners in INFLPR-Cetal, we have designed and obtained a microfluidic chip for testing the action of therapeutic compounds on OC cells/spheroids during their adhesion/implantation into FN/mesothelial cells monolayers.